Dark Souls II feels like playing football with a familiar, worn-in, comfortable mitt, only the rules of the sport have happened somewhat tweaked. Anyone concerned that the sequel might rein again about the issues for ending a wider audience can rest easy tonight – Dark Souls II is every bit like punishing, calling, and ultimately rewarding what it is 2011 predecessor. Their original points for both single-player exploration and aiding and tormenting further in multiplayer don’t always very click, but enough do to produce this an exceptional brave and a great overwhelming challenge.

As a man which earned the "To Bond the Blaze" with "Evil Lord" endgame Achievements in the novel Dark Souls, I have no pity in declaring that Dark Souls II leave us down many times over the massive, 60-hour journey. But like the original, no end was constantly with vain. Each instant of collapse instructed me more about how Dark Souls II function that helped us progress. From learning to exploit enemy attack samples to harvest up the indications of ecological capture, the distinguished difficulty almost never considered insurmountable. 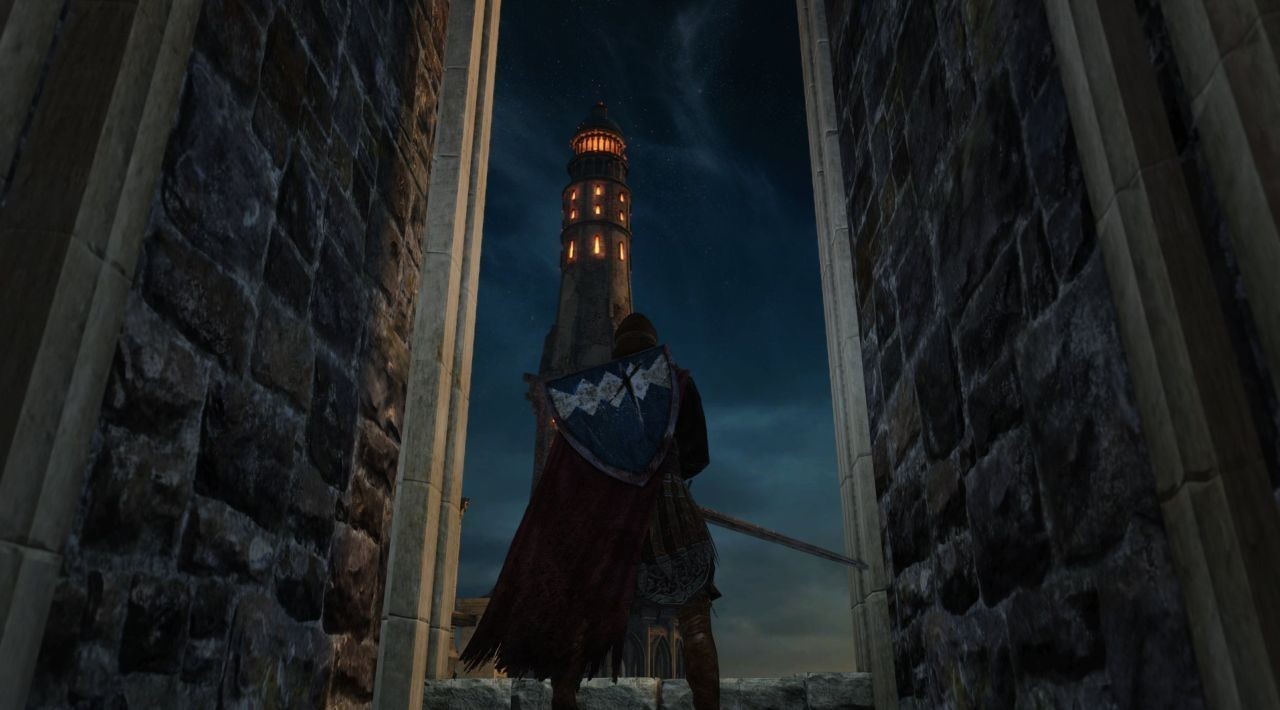 I tell “about” because developer From Software spread a small too much with a charge that minimize the max HP when people fail. This can be offset by using a Creature Effigy, other than those items are few with distant between from the beginning half of the work. While definitely a hardcore feature, I found it frustrating because it slightly checked my need to check out the world with a fear of being too harshly punished for bankruptcy. Right, that usage is much like how it was during Demon's Souls, but I'm a much bigger admirer regarding just how the original Dark realized it.

Except I made through and became rewarded for it, because the sprawling and various globe of Dark Souls II proves to be off for non-linear exploration. One of my favorite elements this is of which an individual will have at least several different paths through the world at the fingertips. Kept on haunted dock full of fire-wielding marauders? So, you can drive your way down a good and find a tomb full of talking rats. Can’t walk past a particularly tricky boss? Maybe top down another route to the Color Woods instead, and come back once you've turned up.

The world of Drangelic is immense and filled with a thick number of different places. You'll travel between crumbling seaside kingdoms to marshes layered with heavy cover of poison to what feels like the intestines of agony itself. While the multiplicity in locations to attack and explore is great, the world of Dark Souls II lacks a certain cohesion that was present in the original. 2011's description of Lordran sense this get sense in a geographic sense -- no matter how fantastical the setting made, it all seemed to fit together naturally. With the variety here next the ability to fast travel on a whim, Dark Souls II feels similar to a big number of levels than just one real one world.

Despite this schism, it’s definitely a nice world to see. Dark Souls II's updated engine underscores the role of simple in exploration. The game looks gorgeous when you're roaming around outside in a naturally lit subject, or having about a torch. In any bonfire, you can choose to remove the shield for striking a torch. Not only make having a flame with your hand illuminate dark places, yet certain enemies will cower in fear before the light. A choice that makes such a visible contact is cool, but oddly enough, the torch establishes a weird tradeoff. Do you want to participate in this safe with transfer a defense, or threat death with make a more visually interesting experience? 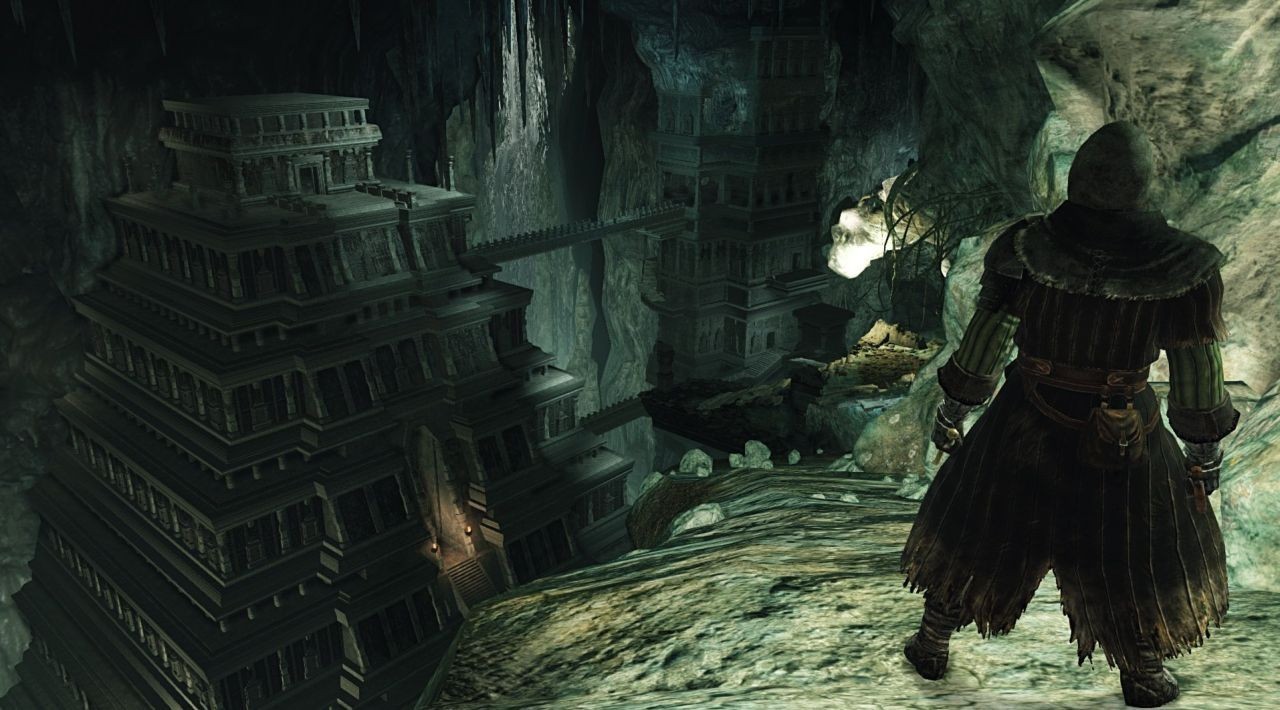 Yet these lighting conundrums don’t detract through only how cool this feels to engage in Dark Souls II. It forms on the challenge, scope, and mystery in the new with a lot of different impressive ways. While this looks good with 360 and PS3, that particularly gorgeous on PC. The improved textures, gentle, and small environmental impact like the way the wind blows through the grass make it one of the most visually impressive games I've ever played.

One of the major amendment to the approach this earth do is the expanded fast-travel system. While fast travel is available in creative, you don't unlock this until well over halfway over. Here Dark Souls II, fast travel between any bonfire you've kindled is unlocked permission from the get-go. I could emphasize how critical it is to be able to go around the map at my leisure. The solitary house their counterproductive is when you have to warp back to the focus area whenever you want to exchange souls for stat upgrades. That annoying and unwanted step leads to a good bit of spent time. Some might like the idea that it is like a throwback to the association on the novel Demon's Souls, but it definitely really feel like among those “two steps forward, one measure backward” moments. Some of this trouble is alleviated on PC, where the load points are considerably shorter than to of 360 and PS3, but the central problem still lives across every three platforms.

Oh, and consider the way bad the border rate got back from the original when you entered Blighttown? Dark Souls II runs with a constant 30 frames per second over the entire campaign without having a hitch, or approximately 60 on COMPUTER. Also here fields brimming with opponents with the environmental interactions, the game never slows down, meaning that you’ll never have anyone responsible instead of a “People Died” screen other than yourself.

Linking happy with extra participants online replaces the dynamics of comedy in some really interesting and challenging different method. Dark Souls II builds on the same excellent foundation of taking whether you want to invade other players' activities with troll them with problems, or use the saintly road and aid them here particularly difficult battles.

The position of Contracts is also swollen also sort good use of for multiplayer. For order, meeting the Rat Covenant provided myself the rush associated with a great historical tomb, including domination of where to put poison pools, enemy rats, and other devious booby traps with the next non-Rat Covenant player that happens in to deal with. Think Tecmo’s Lies, and you’re quite close to the new dynamics to From Software has created now. It’s an extremely satisfying way to express my inner evil genius. ElAmigos

Combat this time in is just like original – a strong focus is added to patience, learning enemy orders, and being able to bar or cut by a great instant’s notice. Minor tweaks are present – magic feels a bit underpowered now round, then the counting necessary for parrying feels more strict – but fighting with the world is an immensely satisfying experience. Every encounter is a little puzzle now of itself, plus the enemies with Dark Souls II are some of the strongest stuff From Soft’s ever produced. Mummified knights who can actually defense and dodge provide stiff early-game challenges. Massive armored turtles slowly stomp towards people with risk, forcing you to enjoy your own agility to combat the raw durability. And large trolls with minor creatures riding atop them necessitate holding the length with clever, calculated strikes. The chock full of problem and diversity.

Iconic bosses also offer a load of memorable flashes of grief with distress which finally become triumph. They don’t have quite the same influence since those in the first Dark Souls, yet to get good, that’s maybe simply because I became coach for that kind of problem they were going to throw at us. There are certainly standouts. The Mirror Knight, for example, is an amazingly tough fight placed on a gorgeous structure, also appears some excellent exciting exploitation of multiplayer and Fresh Game And. They’re fantastic surprises I will not spoil for you.